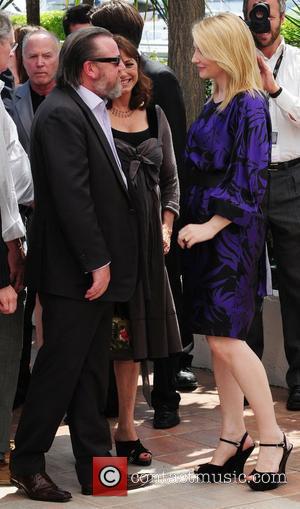 Ray Winstone has issued a threat to his daughter's boyfriend - telling ALFIE ALLEN to ask permission before proposing to JAIME or the British actor will feed him to his pet pigs.
Allen has been dating the 23-year-old since last year (07) and they were recently rumoured to be engaged after Allen's pop star sister, Lily, introduced Winstone at an awards ceremony as her "soon-to-be-sister-in-law".
The news turned out to be just a prank by the mischievous Smile hitmaker.
But Indiana Jones star Ray Winstone has some harsh words for the 21-year-old actor - in case he ever does decide to marry his daughter.
He says, "I think Alfie's a great guy. I like him. But if he wanted to marry Jaime, he'd have to come and ask me first or I'd tie him up and feed him to my two pet pigs. I'm the greatest dad, but I'm very protective."