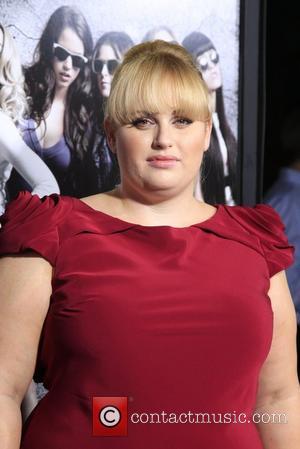 Rebel Wilson, the comedy actress currently starring in Pitch Perfect, will host the 2013 MTV Movie Awards, the network announced in a first look trailer on Thursday (December 20, 2012). Set to air on April 14, Wilson will become the first woman to host the event since Sarah Silverman emceed in 2007.

Female comedians are taking over next year's awards' ceremonies, with Amy Poehler and Tina Fey tasked with hosting the Golden Globes. The MTV Awards sometimes get it right with their hosts (Russell Brand, Andy Samberg, Sarah Silverman, Will Smith), though often get it very, very, wrong. Lindsay Lohan hosted in 2004, while Jessica Alba didn't exactly set the show alight in 2006. Anyway, Wilson - as the comedy actress of the moment - seems a pretty solid choice. The Australian played Brynn in the smash-hit Bridesmaids and went on to star in A Few Best Men, What To Expect When You're Expecting, and Pitch Perfect. She's currently writing a comedy named Super Fun for the ABC Network, and stars alongside Mark Wahlberg and Dwayne Johnson in the action-comedy Pain & Gain.

The 2012 MTV Movie Awards was held at the Gibson Amphitheatre in Los Angeles in June. It was dominated by The Hunger Games, Twilight and Bridesmaids.