Rebel Wilson: Pitch Perfect 3 should be set in space

Rebel Wilson wants 'Pitch Perfect 3' to be set in space, with the Barden Bellas competing in the ''intergalactic championships''. 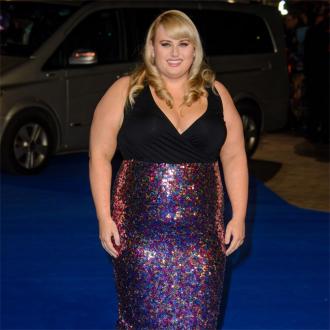 Rebel Wilson wants 'Pitch Perfect 3' to be set in space.

The 29-year-old actress revealed she has been considering possible future storylines for another 'Pitch Perfect' film following the success of the sequel - in which the a capella group the Barden Bellas compete in a global singing competition - and joked the cast are keen on doing an intergalactic third movie.

She said: ''It's so good that everyone in the first movie is back in the second one, and we love working together, so who knows if there's future storylines but I would really wanna see the Bellas intact and see what they go on to do. We do have a joke that we're going to go into the Intergalactic championships against aliens, the galaxy champions.''

Meanwhile, the star - who plays Fat Amy in the films - revealed she enjoyed her romantic storylines with co-star Adam DeVine in the most recent film, as they are both comedians so are always playing around with each other.

She told Glamour magazine: ''I get a LOT of action in Pitch Perfect 2. Adam DeVine is such a sweetheart - who plays Bumper in the film - and we both have a similar background in comedy; we do stand-up and improvising, and sketch comedy, so when we're both on set it's really really spontaneous and we never quite know what each other's gonna say in the scene. And he's just so much fun to play around with.''