Australian Actress Rebel Wilson Refused To Present An Award With Kendall And Kylie Jenner Because The Sisters Are "Superficial" And "Their Careers Aren't Really Based On Talent". 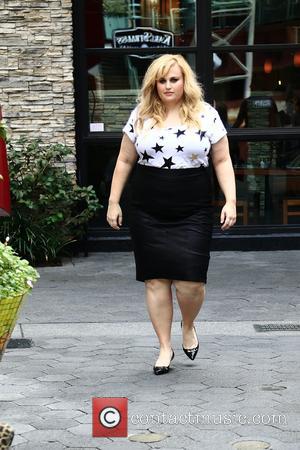 The comedienne was asked to take to the podium with the Keeping Up With The Kardashians stars at the MTV Video Music Awards in August (15) to present the prize for Best Hip Hop Video to Nicki Minaj.

However, she told organisers she did not want to appear with the Jenners because she is not a fan of the teenage reality TV stars.

"I got asked to present with Kendall and Kylie at the recent MTV VMAs... I said no, I said I'd do it myself," she declared during an appearance on Australian radio's Kyle and Jackie O Show. "Not that you hate any of them individually but... what they stand for is totally against what I stand for. They seem a bit superficial and their careers aren't really based on talent... And I know they're super popular, but I'm all about personality and working hard to get to where I am."

Rebel went on to criticise Kendall and Kylie's half-sister Kim Kardashian, insisting she is not a fan of the TV regular because she was propelled to fame by her appearance in a sex tape.

"Kim Kardashian got famous from the sex tape and I just went to acting school and worked really hard," she added.

Rebel caused controversy during her appearance at the MTV VMAs as she stripped off a policewoman's outfit to unveil a T-shirt with an expletive printed on it, and joked that she hated strippers who show up at parties dressed as cops.

Her T-shirt was emblazoned with the phrase 'F**k Tha Stripper Police' - a nod to rap act N.W.A.'s anti-establishment anthem F**k Tha Police - prompting TV bosses to pan out to wide shots to avoid showing the curse word on TV.