Rebel Wilson has split from her 'How To Be Single' co-star Micky Gooch Jr. following recent claims they were planning to tie the knot. 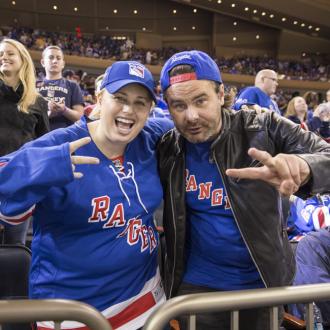 Rebel Wilson has split from her boyfriend.

The 'Bridesmaids' actress only went public with her relationship with Mickey Gooch Jr. four months ago but it's now been reported they've already decided to go their separate ways.

A source told Us Weekly: ''It's been hard for him. They're still friends, so you never know if they might get back together in the future.''

News of the couple's split comes just one month after it was claimed they were planning to tie the knot at the Graceland Wedding Chapel in Las Vegas, Nevada later this year.

A source said previously: ''They're looking to get married later this year.

''They are just going to invite their nearest and dearest and a few celeb friends. She just wants everyone to let their hair down and have fun in Vegas.

''Rebel doesn't want a traditional ceremony and neither does Mickey.''

Rebel and Micky - who met on the set of their upcoming film 'How To Be Single' - holidayed in both Spain and Dubai just two months ago and seemed happier than ever.