Review of I'm With You Album by Red Hot Chili Peppers

Review of Red Hot Chili Peppers album I'm With You 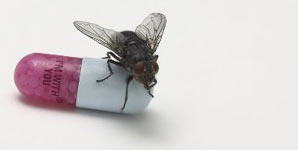 It's been five years since Red Hot Chili Peppers released the double-disc 'Stadium Arcadium' record and they've since seen John Frusciante depart again, now replaced by Josh Klinghoffer. 'I'm With You' is their tenth studio album and will see them return to UK arenas in November, including three nights in London.

With the Chili's now viewed as one of the world's premier rock bands, there is an expectancy which accompanies their releases and in this case it makes the opening duo of 'Monarchy Of Roses' and 'Factory Of Faith' an anti-climax. Neither are poor, but they fail to truly invigorate and it is actually with the acoustic-based tribute 'Brendan's Death Song' that the band hit stride. Truly affecting, Anthony Kiedis delivers a stunning vocal performance that could reduce the hardest of men to tears and it feels like this should be a finale. 'Dance Around' provides an energetic groove and infectious chorus, whilst 'The Adventures Of Raindance Maggie' is an obvious choice for lead single with its anthem hooks. A contender for the follow up release is 'Did I Let You Know', a sugar-sweet affair, and this direction is also explored with the lullaby-like melodies of 'Police Station. 'Goodbye Hooray' is a heavier offering that shows the Chili's still have a bite, but the album ends disappointingly with a trio of tracks that fail to shine.

Clearly the change of guitarist resulted in a change to their style - Klinghoffer offers more subtle musicality to Frusciante's attention-grabbing parts - and the results are mixed. The middle section of 'I'm With You' is strong and will certainly fit in nicely with the band's classics, but at times it is an uninspiring listen.