After the phenomenal success of their previous album, Californication, it was hard to imagine that Red Hot Chili Peppers would surpass that, or even come close, with their next album - By The Way. The singles, Scar Tissue, Otherside and Californication had seen Red Hot Chili Peppers take their music to a wider audience than ever before, ending the 20th century on a massive high and resulting in album sales of more than 16 million.

With a slight shift in style Red Hot Chili Peppers had embraced a softer, more melodic sound on Californication and had moved away from some of their earlier Punk influences. The band's USP of incorporating a Funk element into their alternative rock still prevailed to great effect but their was definitely a milder and more harmonic sound in most of their new songs. With age the voice of Anthony Kiedis too had matured and mellowed resulting in a more soulful vocal delivery. The angry young man of the past now had more range and depth and this gave the new songs more of a tender and emotive quality. 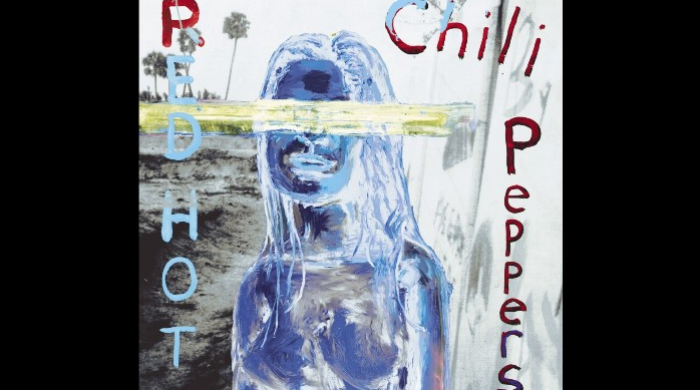 The Chili Peppers of Californication carried on and further developed with the follow up album, By The Way. The melodies, harmonies and hooks were all as strong and memorable making for a great album. After two years of touring the previous album however it was not all plane sailing when it came to writing and recording By The Way. It was reported at the time that Flea almost quit the band because of creative differences and a perception that his role in the band was being undermined and diminished. Thankfully differences were reconciled and the album saw the light of day more than a year after writing began.

By The Way gave rise to five singles, the first of which was the title track, released a month ahead of the album as it's lead single. It was the perfect introduction to the album. The initially stripped back arrangement of guitar and vocal breaks into one of the most frenetic and funky guitar and bass riffs producing an unbelievably good combination. The heavy vibration on the loose bass line, the more considered vocal delivery and the tight percussive drive make this song one of the Chili's best, but remarkably not their best on this album.

The second single, The Zephyr Song, is arguably the best song the RHCP have written in the last 20 years. It comes as no surprise at all that this song, like many others on the album, were written by John Frusciante under the influence of The Beach Boys and The Beatles as he tried to capture a more "English" sound. When you hear how carefully and majestically the harmonies are layered and how the arrangement pans out you cannot help but be blown away by the beauty of this song. The instrumentation and vocalisation is spot on and then you hear the chorus kick in and you just revel in a melodic musical heaven.

Can't Stop was released as the third single in the January of 2003. The track managed to appeal to both the new audience that Red Hot Chili Peppers had captured but also their die hard fans. The Funk element was still present and their was more of an edge to this song than the previous single. The song was also the RHCP eighth number one on the Billboard Modern Rock Tracks.

Dosed, and finally Universally Speaking - released more than a year after the album dropped, were the last two tracks to be lifted as singles from the band's eighth studio album. Both tracks showcased the delicacy with which Red Hot Chili Peppers could construct a track. Dosed is one of the most tender and reflective tracks that they have recorded and is certainly a far cry from their Mother's Milk or Freaky Styley days. Universally Speaking was yet another of the songs on By The Way that drew on strong melodies and subtle layers to build a song full of irresistible hooks.

By The Way didn't surpass the sales of it's predecessor Californication, it only managed to shift about two thirds of the units but it was by no means it's poor relative. By The Way was RHCP without the need for attitude or anger. It was an established band at their most melodic, most considered and arguably most effective. They were still effortlessly cool, still writing affecting songs with some unforgettable lyrics - "Can I isolate your gene, can I kiss your dopamine, In a way I wonder if she's living in a magazine" and still able to stretch their creativity to deliver up one of their most memorable albums to date.

The original 16 track album is a near faultless recording. From the album's vibrant opener, through to the strings of Midnight, the funky bass of Throw Away Your Television, the acoustic Latin flavoured folk of Cabron, the keyboard and horn enhanced Tear and the cinematic close out track Venice Queen, By The Way saw to it that Red Hot Chili Peppers not only ended one century on a high but that they started the new one on one as well.