Red Hot Chili Peppers wrote songs on piano for their new album after bassist Flea enrolled in university to further his musical expertise. 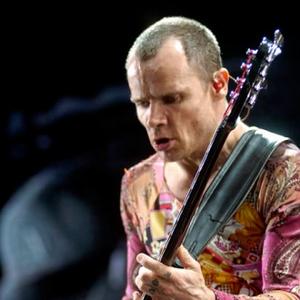 Red Hot Chili Peppers wrote music on a piano for the first time for 'I'm With You'.

During the band's recent hiatus, bass player Flea enrolled himself in the University of Southern California to study Jazz trumpet, music theory and composition as well as teaching himself the piano, which really changed his perspective on how to compose tracks for their latest album.

He said: "I wrote music on piano which is a different approach for us. I didn't play piano much before but on this record I composed on the piano and so did [new guitarist] Josh [Klinghoffer].

"When you write on the piano, you write rhythm, bass and harmony and reinterpret it with a rock band.

"We'd never done anything like that before - it had always come from a guitar and bass and drums."

The band - which also includes singer Anthony Keidis and drummer Chad Smith - found their new approach to songwriting so successful they had a huge wealth of material for forthcoming tenth album 'I'm With You', and had to cut it down.

Anthony said: "There was an absurd wealth of musical ideas and if we lived in a different time and place we could have put out a double or triple record.

"Writing songs wasn't an issue. It was getting rid of them that was difficult."