Reese Witherspoon claims working alongside an elephant on new movie 'Water For Elephants' was one of the best experiences of her career. 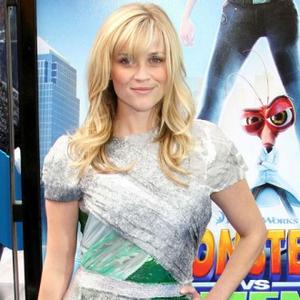 Reese Witherspoon credits an elephant with being one of the best co-stars she's had.

The 'Water For Elephants' actress loved working alongside the animal because it was both dangerous and challenging.

She said: "It was one of the best experiences of my career. I worked with her for three months just training. I had to get into shape - I had no harness, no safety equipment, nothing.

"It was literally just me and the elephant and I had to climb onto her. She's 10 feet tall and over 900lbs, and it was this exercise in trust. It's a really Beautiful Thing where you learn to communicate with a creature non-verbally. She's the Big Star of the movie."

The film stars Reese as a circus performer whose horse dies, putting her act in jeopardy, until her husband - the circus ringmaster - buys her an elephant.

Reese, 34, added the elephant helps bring her character closer to Robert Pattinson's in the film, when they meet because of the creature.

She added: "Robert Pattinson's character comes in and he's a vet and we end up being very interested in each other. It's very romantic and beautiful."