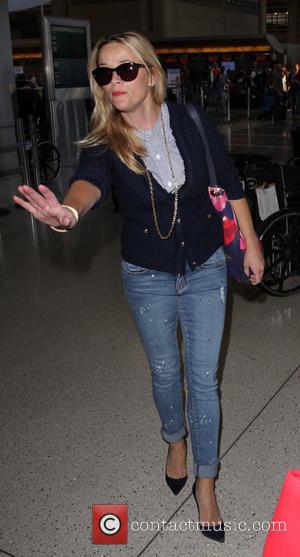 The Wild star launched her Southern-inspired lifestyle line in May (15), and now fans can check out her wares in the actress' hometown.

"I am so proud!!!," Reese wrote on Instagram. " The first ever @draperjamesgirl store is officially open in #Nashville!! 2608 12th Avenue South!"

The Oscar winner added a photo of the shop's exterior, which boasts a white and bright blue striped wall, along with the Draper James logo.

"I grew up in Nashville and it’s been such a direct inspiration for the brand," Reese tells Women's Wear Daily. "It just felt like the right place for our flagship."

The store was made to resemble a Southern home, decked out in bright colours and floral prints. Reese even hired interior designer Mark Sikes, who is working on the actress' home, to create the feel of a house "rooted in tradition".

In addition to the comfortable couches and chairs scattered throughout the store, sales associates will also offer shoppers glasses of sweet tea and cupcakes, staples of Southern cuisine.

Reese and Draper James CEO Andrea Hyde already have plans to expand, hoping to open one to two other stores a year over the next five years. The next place will open in Dallas, Texas in November (15), with locations in Charleston, South Carolina and Atlanta, Georgia to follow.