Reese Witherspoon is reportedly ''nervous'' about her daughter Ava's plans to follow in her footsteps and become an actress. 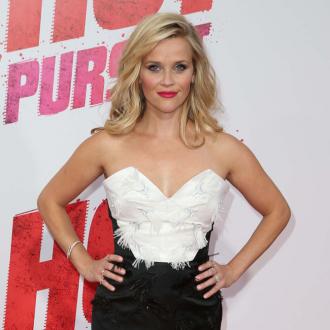 Reese Witherspoon is ''nervous'' about her daughter Ava's acting ambitions.

The 'Wild' star reportedly believes the 16-year-old, whose father is Ryan Phillippe, is still too young to start carving out a career in Hollywood even though her talent agent husband Jim Toth thinks she's ready.

A source said: ''Ava has shown interest in acting, but Jim and Reese disagree about whether she's ready. Jim thinks she should go for it, but the idea makes Reese nervous.''

The blonde beauty, 39, landed her first role when she was 14, but wants Ava to focus on enjoying being a teenager first.

The insider explained to US' OK! magazine: ''Reese feels like she lost part of her childhood because she started acting so young. She wants Ava to enjoy her teen years.''

Reese, who also has son Deacon, 11, with ex-husband Ryan, and two-year-old son Tennessee with Jim, previously insisted she would encourage her children to become actors too.

She said: ''It's a wonderful business. I feel like I've seen the world. I've met amazing people. I used to have all these regrets; I didn't finish college. And about a year ago it was like, 'Why would I regret not finishing college?'

''I've had a wonderful life and I've been everywhere and I've gotten to work with creative people and tell stories. That's all I ever wanted to do. So if [my kids] wanted to do it, I'd be very encouraging.''