Despite breaking records in the UK, ‘Bridget Jones’s Baby’ failed to make an impression at the US box office.

Bridget Jones’s Baby had a disappointing opening weekend at the US box office, taking just $8 million in North America and coming in third place in the charts. The third film in the Bridget Jones series had faired much better overseas, topping the charts in 24 countries.

In the UK it took $11 million in its opening weekend, becoming the best ever opening for a romantic comedy and for studio Working Title. Overall Bridget Jones’s Baby has made $30 million from 38 territories so far, including $4.2 million in Australia.

The film has already managed to make back its $35 million budget, so it looks likely there could be more outings for Bridget in the future. Speaking to the Hollywood Reporter, Nick Carpou from Universal said: “Opening No. 1 in 24 markets internationally is a really big deal and a record-setter in the U.K. Obviously globally there is interest in Bridget and a well-beloved character, going back to the book.”

In the number one spot for a second weekend was Sully. Directed by Clint Eastwood, the drama stars Tom Hanks as Chesley "Sully" Sullenberger, the pilot who made a forced water landing on the Hudson River when his US Airways jet was disabled. So far the film has made nearly $100 million.

More: Renee Zellweger Says She Has Matured Along With Bridget Jones

In at number two was Lionsgate's Blair Witch sequel. It managed to take $10 million in its opening weekend, twice its $5 million budget. But the long-awaited sequel to the 1999 horror classic has suffered from poor reviews, earning a Rotten Tomatoes score of just 36 per cent. 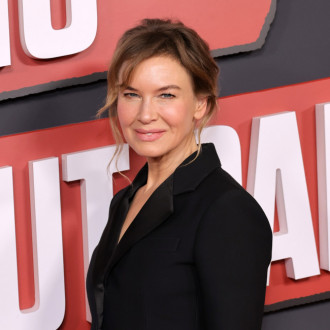 Renee Zellweger was terrified of singing in Chicago