'Bridget Jones's Baby' will be the third time Zellweger has played the character.

Actress Renee Zellweger has been spotted in London filming scenes for the much anticipated third Bridget Jones movie, provisionally titled Bridget Jones’ Baby. Zellweger was spotted in and around London's Borough Market filming the romantic comedy, which is slated for release some time next year. 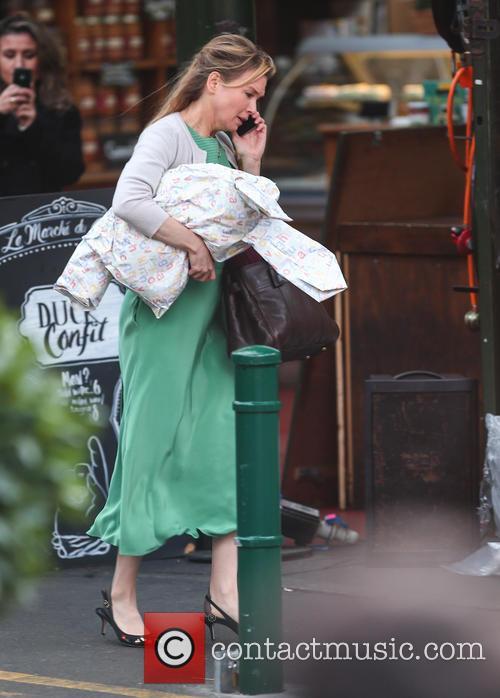 Where could she be off to? Renee Zellweger filming the new Bridget Jones movie in London.

The film follows on from 2004’s Bridget Jones: The Edge of Reason and should bridge the gap between it and author Helen Fielding’s most recent book Bridget Jones: Mad About the Boy, which was released in 2013.

More: Bridget’s Back! Check Out The First Picture Of ‘Bridget Jones’ Baby’

In one set of pictures, Zellweger as Bridget is seen in a green dress and an off-white cardigan, carrying a large wrapped gift. The character appeared to be flustered as she rushed through the streets while on her mobile phone.

Other images saw a much more glamorous looking Bridget than we’re used to. Dressed in a navy lace dress and shall, the character looked miles away from the Bridget we first saw who wore her big knickers to an office party, much to the amusement of Daniel Cleaver. 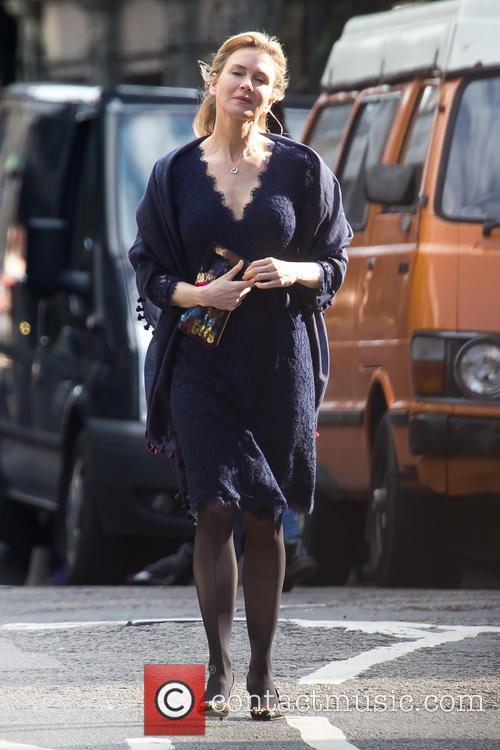 Colin Firth, who plays Bridget’s love interest Mark Darcy has been confirmed as returning for the new movie, as will be James Callis and and Sally Phillips who play Bridget's BFFs Tom and Shazzer. But one person who’s sadly not making a comeback is Hugh Grant who played the womanising Cleaver.

‘Grey’s Anatomy’ actor Patrick Dempsey has also been cast in an as-yet-undisclosed role. Dempsey confirmed his involvement in an Instagram post earlier this month, announcing his arrival for filming in London. "Nice to be working in England. Renee and Colin are an absolute joy to work with," the US actor wrote.

While plot details are scare, the film is said to follow a now 40-something Bridget’s journey into motherhood. Bridget’s pregnancy will surely be welcome news for fans of the franchise who were left shocked in 2013 by Fielding’s latest book, Mad About The Boy, which saw the character now widowed after the death of husband Mark Darcy. 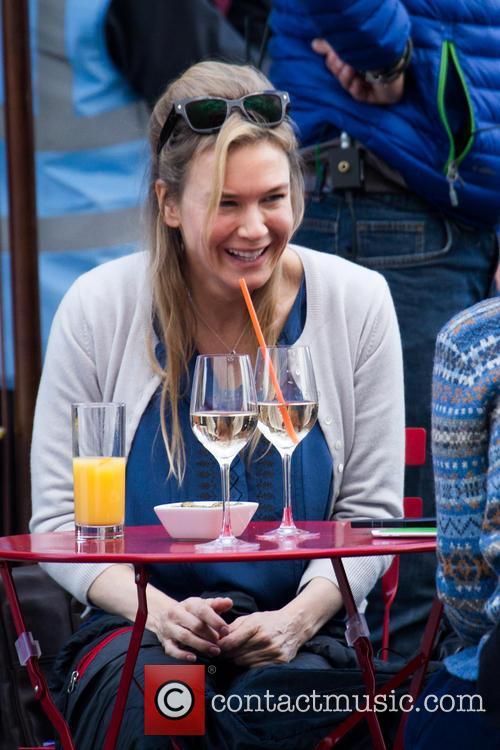