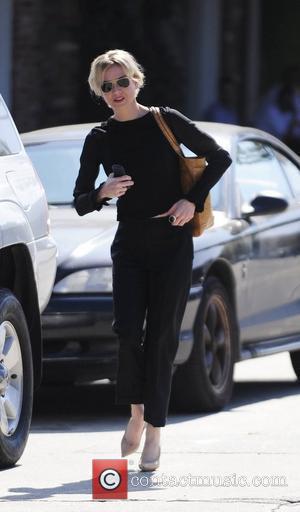 Renee Zellweger will reprise her role as the hapless 'Bridget Jones' for a third instalment of the romantic-comedy, according to Entertainment Weekly. Working Title Films, the production company behind 'Bridget Jones Diary' and 'The Edge of Reason', are now moving ahead with a third flick to complete the trilogy.
Details of the new movie are yet to be released, but it is understood that despite his Oscar success, Colin Firth will return to play the lovable Mark Darcy. He recently revealed plot details from the third script to Access Hollywood, saying, "I can tell you that Bridget and Mark can't have children, I think that's the way it goes on.So then she makes the huge mistake of going back to Daniel Cleaver [Hugh Grant] for long enough to get pregnant. And I think he dumps her, and she's left stranded, and guess who comes back to rescue her?". The original movie, based on Helen Fielding's best-selling novel, took a reported $281 million at the box-office. The second film was savaged by critics, but still took an estimated $262 million worldwide.
Zellweger currently has no movie projects in production. She last appeared in the 2010 comedy-drama 'My Own Love Song', with Forest Whitaker and MADELINE ZIMA