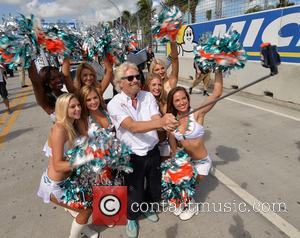 Branson, who signed the band to his Virgin Records in 1977, still runs the company, and an offshoot - Virgin Money - has launched a series of credit cards featuring the group's artwork.

Two are decorated with the cover of the Sex Pistols' debut album, and the other features the artwork from their first single, Anarchy in the U.K.

A Virgin Money representative says, "In launching these cards, we wanted to celebrate Virgin's heritage and difference. The Sex Pistols challenged convention and the established ways of thinking - just as we are doing today in our quest to shake up U.K. banking."