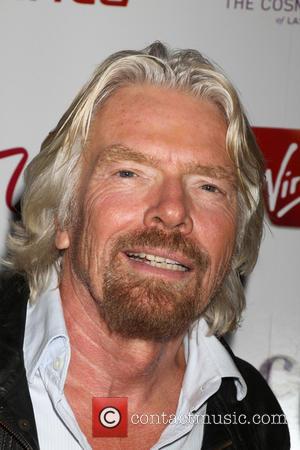 The founder of Virgin Group announced the news on 'Today' this Friday (Nov 8th), the network will follow preparations leading up to the flight and also film Branson's Virgin Galactic SpaceShip Two rocket plane into space.

The British entrepreneur will board the rocket plane with his two adult children, Holly and Sam, and become the first private passengers to travel into space.

The much anticipated first launch is scheduled to take place in New Mexico next year in August at Spaceport America.

"We are delighted that we are going to be working with you," Branson said to Matt Lauer and Savannah Guthrie, the hosts of NBC television's 'Today' morning show.

"It is going to be an incredibly exciting year," he claimed.

However, anyone else who wants to join their voyage will have to be prepared to empty their wallet as tickets for one seat will cost around $250,000 each.

Actors, Leonardo DiCaprio and Ashton Kutcher have reportedly already put their names down for the flights, along with nearly 700 other equally rich people.

Branson also stated, "I think most people in this world would love the chance to go to space if they could afford it and if we could guarantee them a return ticket."

According to Forbes magazine, the 63 year-old has a net worth of $4.6 billion and is the 6th richest UK resident.

NBC's coverage of the live launch will be a three hour long show and will hopefully could garner rating figures that are out of this world.