Richard Coyle has revealed he found it easy to play Jake Gyllenhaal's brother in 2010 film 'Prince of Persia: The Sands of Time' because the pair had bonded over a common role in the past. 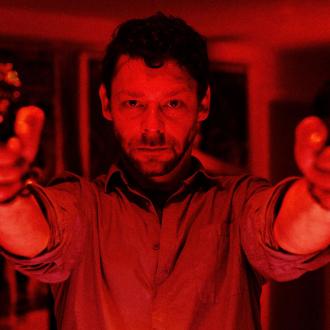 Richard Coyle had a unique ''dynamic'' with Jake Gyllenhaal when filming 'Prince of Persia: The Sands of Time'.

The 40-year-old actor first struck up a friendship with the Hollywood heartthrob when Jake took on Richard's on-stage role in the film 'Proof' - which Richard starred in on London's West End alongside Gwyneth Paltrow in 2002 - and found their special bond over the character helped their on-screen relationship as brothers in the 2010 blockbuster film.

''And Jake played Hal [Harold Dobbs], my part. So Jake had been to see the play and we chatted. We sort of bonded over it. When we met again on 'Prince of Persia' there was a kind of dynamic of older brother, younger brother.

''Probably just because of that but also because I had played his part and he'd come and watch me do the original. I suppose there was a mutual respect and that already helped us together. And we have a lovely dynamic now, we still speak often.''

Richard's latest film role sees him portray drug dealer Frank in Luis Prieto's remake of Danish thriller 'Pusher', which follows the character's struggle as he tries to find money to pay back those he owes, and Richard found himself ''fascinated'' by the storyline.

He explained: ''I hadn't seen the original film but I was obviously aware of it. I was a big fan of the director [Frank] - I'd seen his work previously and really liked it.

''And I read the script and loved the character, I loved the story. I'm always fascinated by people who they exist in these grey areas in between life.''

'Pusher' is out on Blu-ray, DVD and to download now, from Momentum Pictures. To watch the trailer visit http://www.youtube.com/watch?v=bjJdD-5cIZ0