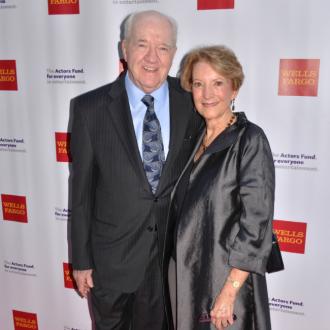 The 'Seinfeld' actor - who played George Costanza's (Jason Alexander) supervisor Mr. Wilhelm in the US sitcom - passed away on Tuesday (26.05.20) from cancer-related causes, according to his wife of 40 years, Patricia Crowder Herd.

She told The Hollywood Reporter her husband died at his home in Los Angeles.

Richard was well known in the sci-fi world and starred in three different 'Star Trek' shows.

Richard also spent time on the big screen, starring opposite Robert Redford and Dustin Hoffman in 1976 film 'All the President's Men', and three years later he shared the screen with Jane Fonda, Jack Lemmon, and Michael Douglas in thriller 'The China Syndrome'.

His last role came in 2019 movie 'The Silent Natural', about deaf Major League Baseball player William Hoy, and the motion picture came a year after he was directed by Clint Eastwood in 'The Mule', which also starred Bradley Cooper.

Richard also had numerous TV credits in popular shows such as 'Desperate Housewives', 'Rizzoli & Isles', the US version of 'Shameless', and 'Hawaii Five-0' in 2018.

He survived a serious bone infection when he was a child, and believes the experience helped him as an actor because it ''stimulated [his] imagination''.

Speaking in 2015, he said: ''I had osteomyelitis, a serious bone infection, and almost didn't survive.

''I became ill in second grade and went to the Cotting School, as it's now known, in Lexington, for young people with various ailments.

''I was in and out of Boston Children's Hospital. Lying there, month after month, you become very stoic. It really stimulated my imagination, and I think actually helped me later as an actor.''

Jordan Peele was among the stars to pay tribute to Richard.

The director wrote on Twitter: ''RIP Richard Herd. A wonderful man and a true professional. We hadn't talked much before he arrived on set for Get Out. I asked him to think of the scene as a viagra ad trying to hide deep rage. He responded ''That sounds like all Viagra ads to me!'' Then he absolutely nailed it. (sic)''

Richard's 'V' co-star Jane Badler wrote: ''It was a great honor to work with the wonderful actor and beautiful man Richard Herd .. I was so blessed to have had him on the set of my first big mini Series V .. RIP Richard ... (sic)''

'Star Trek' actress Chase Masterson tweeted: ''Oh, nooooo... Richard Herd was one of the loveliest people. What a gem we have lost. He was kind, and jovial, and tireless, and so wonderful to fans. This is a huge loss. (sic)''