Discovery Channel's first ever scripted show keeps with the network's theme by depicting a story based on the gold rush of the late 1890s, and portrays the harsh and unforgiving conditions these people were faced with. 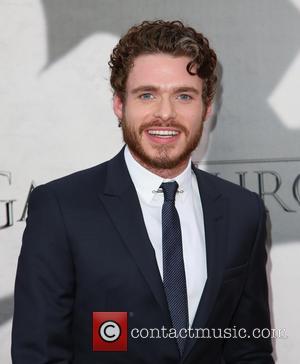 Discovery Channel will be awaiting intently to see if the network's first scripted television show will be received positively by viewers.

The three part miniseries called 'Klondike', which will premiere this Monday, sticks with what Discovery do best, TV shows about the great outdoors.

The series will follow the true story of gold rushers flocking to Yukon in the late 18th century, 1899 to be exact, to try and find a fortune in gold.

Canadian historian Charlotte Gray's 2010 book 'Gold Diggers: Striking It Rich in the Klondike', is being used as a guide for historical accuracy as well basing the story around it.

'Game of Thrones' star Richard Madden will portray 'Bill Haskell', an eager and fearless college graduate, who is joined by his friend Byron Epstein (Augustus Prew) as they travel west in order to find their own fortune.

Their way of life becomes a fight for survival as they battle the harsh condition, tough terrain and devastating weather conditions, as well as the threat of other characters willingness to perform terrible deeds for their chance of scoring some gold.

It also looks like more scripted shows are planned for the, usually reality based, television network.

"We have to see how people respond to 'Klondike,'" Gavin added. "Then we want to be lean and mean in how we move forward.

'Klondike', which was shot in Calgery, Alberta, over a 56-day shoot, will premiere January 20th at 9/8c. Augustus Prew is co-starring in the scripted show