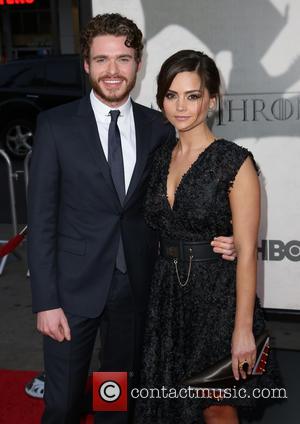 Game Of Thrones showrunner David Benioff has been reflecting on the reaction to the recent shocking goings-on in his series. The Red Wedding saw not one, but two main characters killed off in dramatic – and graphic – fashion, with Robb Stark and his mother Catelyn both getting the chop, as well as his pregnant wife and all of the rebellion leader’s men, culled in a brutal massacre.

“It’s weird to say, ‘Oh, it went great’” said Benioff of the brutal scene, which occurred during a wedding. “Because we’re not just killing characters. We’re losing these actors who have been with us since the beginning. It’s hard, because you love the actors. But it goes back to that first season, that some of the people we loved the most, whether Jason Momoa or Sean Bean [played characters that were killed off].”

Reflecting on why Twitter exploded and Game Of Thrones fans went into over drive at the incident, Benioff commented “In the book, when the band starts playing Rains of Castamere, you know something bad is going to happen. It’s the strongest physical reaction I’ve ever had to reading anything. I didn’t want to turn the page because you know something horrible is going to happen and you can’t quite believe it and you don’t want it to happen.” He added “You spend so much time with these characters before then. In the show, we’ve [spent more time focused on] Robb than in the books, mainly because we love Richard Madden as an actor. You look back to the death of Adriana on The Sopranos, that was powerful because you had spent years with her.” Richard Madden's character Robb Stark has been given the chop