Richie Sambora Didn't Jump Off The Bon Jovi Tour, He Was Pushed. 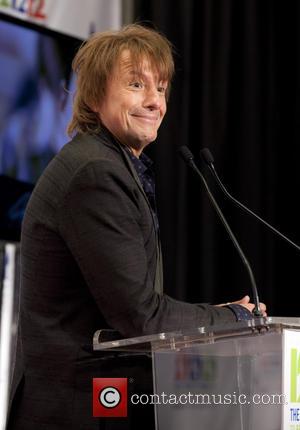 By now it’s common knowledge that Bon Jovi guitarist Richie Sambora will not be joining the band on their world tour.

But the reason might not be financial issues, as previously reported. Instead, a report by The New Your Post points to the possibility that Jon Bon Jovi refused to have Sambora on the tour, in an effort to keep it clean and drug-free. Last year, Bon Jovi’s daughter was rushed to hospital after a suspected heroin overdose and the singer has supposedly promised his wife that there would be no substance abuse on this tour. Apparently that means Sambora is off the list. A source told the Post “Jon has been trying to get rid of him. He drinks constantly and has a stream of Hollywood bimbos around all the time. At the urging of his wife, Dorothea, Bon Jovi wants to keep the tour free of booze and drugs”.

Sambora has taken a trip to rehab twice before, but it doesn’t seem to have stuck. The source added “he told me that he didn’t believe in rehab. He really is a hard partier, and so are the women he hangs out with”. And while that may be typical rockstar behavior (or so we’re told by every biopic ever), it’s not going to cut it for this tour. Instead, Richie will be replaced in the tour lineup by guitarist Theofilos Xenidis – at least until April 25th. No plans have been announced after that date.