Quote: "I'm a single individual. I'm having fun... I'm definitely open to romance in my life, but she's still a married woman and I don't date married women." Retired sportsman-turned-actor Rick Fox dismisses reports suggesting he's dating KIM KARDASHIAN's sister Khloe after they were spotted out together in Los Angeles last month (May15). The reality TV star has been estranged from her husband, basketball player Lamar Odom, since 2013, but the former couple has yet to finalise its divorce.

Fact: Eliza Dushku's boyfriend, former basketball star Rick Fox, is facing a fine of almost $500 (£333) and a stint at traffic school after he was allegedly caught driving his car through a red light in Los Angeles recently.

Fact: Eliza Dushku's boyfriend Rick Fox has become the latest celebrity voted off Dancing With The Stars. The former basketball star-turned-actor was kicked off the U.S. reality show on Tuesday (02Nov10).

Fact: Eliza Dushku showed her support for boyfriend Rick Fox on Monday night (20Sep10) when she cheered the former basketball star-turned-actor on during his debut on U.S. reality show Dancing With The Stars. Fox danced the waltz with his partner Cheryl Burke during the series kick off.

Quote: "When I started dating RICK, I couldn't get my head around the fact that he is six years younger than me. I finally relaxed and said, `OK, obviously he's into me. He's not into a number'." Singer/actress Vanessa Williams on her romance with retired basketball star Rick Fox. They were married for six years before divorcing in 2005.

Quote: "One of the producers said, 'We've got this idea, how do you feel about having RICK play your bodyguard?' I said sure, I'll give him a call.' He said, 'Well, you're going to have to sleep with him,' and I said, 'That's OK, we've done that before!'" UGLY BETTY star Vanessa Williams on plans to ask her ex-husband Rick Fox to play her love interest on the show.

Quote: "I love my two exes because they were great guys. In terms of husbands, that might have been a different story, but in terms of guys, they're wonderful." Singer/actress Vanessa Williams is still great friends with ex-husbands Rick Fox and RAMON HERVEY. 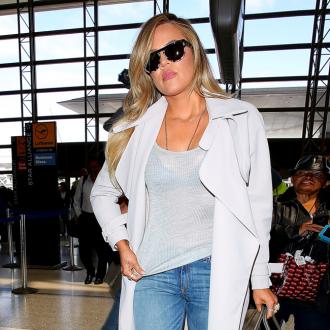