The 38 year-old rap star was arrested after failing to show up to a court date for possessing marijuana from 2013. 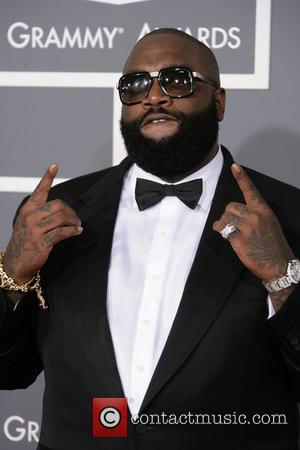 Rick Ross, whose real name is William L. Roberts, has ran into some legal trouble...again.

The rap star was arrested on Friday night in Greensborough, North Carolina, right after his performance at the 2014 SuperJam at the Greensboro Coliseum.

Ross was apprehended due to 1 year-old warrant from another North Carolina arrest involving possession of marijuana.

The 38 year-old reportedly failed to appear in court for the violation sometime in 2013.

The incident was controlled and over rather quickly, Ross cooperated with the local authorities, posted $1,000 bail and has since been released, TMZ reports.

Neither Universal Music Group nor the recording artist himself have commented on the matter, but after the concert he did tweet, "Greensboro, NC 102 Jams Summerjam wuz some Boss Sh!t! Time to bring out the @belairerose and @Ciroc."

This isn't Ross's only performance that has been involved with some offstage drama recently.

The 'Mastermind' hit maker was held up when trying to enter HOT 107.5's Summer Jamz concert in Detroit on June 21st.

Ross, who was expected to headline the show, was reportedly blocked by 100 people when approaching the entrance of the city's Chene Park Amphitheater.

The Maybach Music Group boss's issues with Detroit stem from a track by local rapper Trick Trick, aka Christian Mathis, called 'No Fly Zone.' The song's message is simple, any recording artists that refuse to collaborate with Motown natives are not welcome to the city.

"I'm going to be real with y'all; I'm going to be real as f--k. We had Rick Ross right outside here tonight," HOT 107.5's program director Jay Hicks said onstage. "At about 11 o'clock, when he was pulling up to come into Chene Park, he was met by 100 individuals outside. We have tried to pull every resource together and asked him to come back. He is in fear of his life."

More: Rick Ross Films Himself In Bed On His Cell Phone

"And he may never come back to Detroit, and that's no bullshit," Hicks added. "This is some real shit. He was in fear of his life and he is not performing here tonight." ~
Ross was cooperative with the police