Rick Ross' Car Shot Up In Drive-By Shooting: Who Was The Gunman? 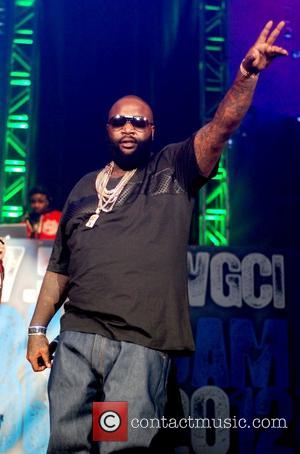 Rick Ross' car was shot up in a drive-by shooting in Florida, in the early hours of Monday morning (January 28, 2013), leaving the Miami rapper and a female companion crashing into a nearby apartment building. Ross' silver Rolls Royce was sprayed with bullets in the shooting, which occurred as the rapper was returning from celebrating his 37th birthday.

According to the Daily Mail, neither Ross nor his friend was injured in the shooting, with the rapper staggering from the car once the assailants had taken off. Beth Balk, a waitress at a nearby restaurant, said she was asleep on the couch when she heard the crash, confirming that the intended victim was indeed Rock Ross. The incident occurred at around 5am, with shots fired along Las Olas Boulevard, according to Detective DeAnna Garcia. They were fired from another vehicle that was travelling eastbound on the same road. Neither individual in the Rolls Royce were hit by the gunfire, police confirmed.

Ross - real name William Roberts - is considered one of the biggest rappers in the world, having seen his records Port of Miami and Trilla top the Billboard charts. He is also known for his several run-ins with the police, and his long-running feud with 50 Cent.