Rick Ross Earns No.1 Album With 'Mastermind' On Billboard 200

Rick Ross's sixth studio set out performs Pharrell's 'G I R L', despite his high-profile performance at the 86th Academy-Awards. 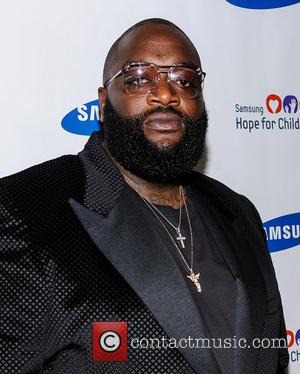 Rick Ross is not only the leader in the hip-hop world, but in all of music.

The 38 year-old surpassed Pharrell's 'G I R L' to take the top spot on the Billboard 200 chart, with his sixth studio album 'Mastermind'.

This marks Ross achieving his 5th No.1 album in the US.

All of Ross's six album have reached the top two positions on the chart, with only 2010's 'Teflon Don' missing out on No.1.

The 'No Games' rapper now joins a select few hip-hop artists who have five are No.1 albums. DMX and Tupac both have 5, Kanye West and Nas have 6, while Eminem owns 7, and Jay Z is the leader with an astonishing 13.

Pharrell's 'G I R L', which shifted 112,000 copies in its first week, has fallen to the second position. The studio set's lead single 'Happy' has garnered huge success since its release, and earned an Oscar nomination for Best Original Song after it featured in the animation 'Despicable Me 2'.

Although Pharrell was not awarded with an Academy-Award, his performance at the prestigious ceremony helped him get exposure across the globe.

Both rap acts finished in front of Disney's 'Frozen' soundtrack, which was the eventual winner at the Oscar's with the single 'Let It Go', as it finished in the 3rd position, selling 100,00 copies this week.

Falling in the 4th spot was 'Glee's' Lea Michele with her debut solo album 'louder,' and round off the top five was country music group Eli Young Band with '10,000 Towns.'