Brent and his guitar are back for more

Did you think you’d never get the chance to see David Brent live in concert every again? Perhaps you thought it was a foregone conclusion… Well, not to worry, because the ex-Slough-based office manager-cum-talented musician has announced new tour dates with his band, Foregone Conclusion.

Why don't we all just learn guitar with David Brent

The news will come as a relief to those who missed out on tickets the first time around; Brent's autumn 2013 gigs at London's Bloomsbury theatre and Bristol's Colston Hall sold out in under 15 seconds. Those that weren’t speedy enough were forced to watch their Office boxsets, crying.

He and his band Foregone Conclusion, featuring former Razorlight frontman Andy Burrows, will embark on two new gigs in London and Oxford in May. Their set will feature such popular hits as Spaceman Came Down, Slough, and Life on the Road, as well as new material.

Ricky Gervais re-launched his seminal character in March 2013 for Comic Relief with an Office Revisited episode. Then, he and Doc Brown made a video for Brent’s song, Equality Street before the Learn Guitar With David Brent videos came about on YouTube. Tickets for these two new shows will likely be snapped up more quickly than the first set.

Gervais’ The Office, which he created, wrote and directed alongside his comedy partner, Stephen Merchant. Interestingly, The BBC nearly cancelled The Office due to low ratings. But with two six-episode seasons supplemented by two 45-minute Christmas specials, it has become one of the most quoted and critically acclaimed sitcom to come out of the U.K.

The show even found its way into America by way of a remake, an idea that didn’t translate at first, but found its feet as a stand alone show and went for 9 seasons with Steve Carrell playing Brent’s equivalent, Michael Scott. 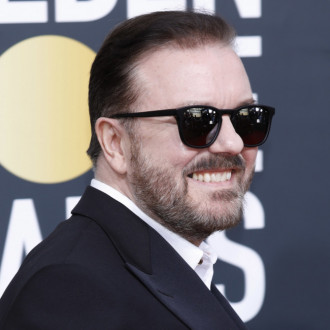