Gervais Wants Arnett To Be The Office's New Boss 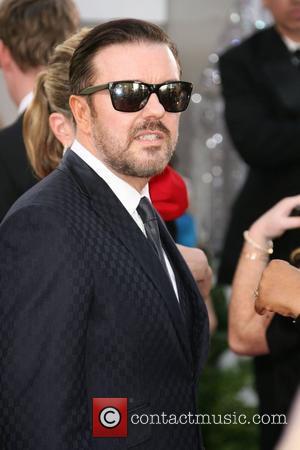 Ricky Gervais is backing Arrested Development star Will Arnett to be the new boss on The Office after Steve Carell steps down in May (11).
The actor has played embarrassing boss Michael Scott on the American version of the comedy since 2005, in a role based on Gervais' original star turn in the British version of the show.
Carell confirmed last year (10) he has no plans to return to the series after its current seventh season and will empty his desk when the finale airs in the U.S. in May (11).
And Gervais, who also created the original show, is on the hunt for a new cringeworthy boss - and has pitched Arnett as the perfect replacement after meetings with bosses at U.S. network NBC.
He writes on his blog, "The Office is well into syndication in the States (which is why I can say what the f**k I like and annoy people at awards shows... ha ha. Only joking... I've always been annoying, I know.) and we're developing it in a few new countries at the moment too. Still. It's better than working.
"Had a little meeting with NBC about various things and recommended Will Arnett for a regular in The Office. Thoughts? I think he's amazing."