Let's Give Ricky Gervais A Shot At The Oscars - What’s The Worst That Could Happen?

We reckon Gervais should get the gig, if only for the offensive material. What else is there? 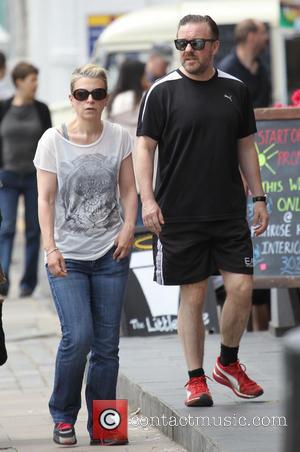 Picture: Ricky Gervais and Jane Fallon - Comedian Ricky Gervais, wearing a pair of black shorts and T-shirt, takes a stroll in Primrose Hill with his...

We won’t beat around the bush, Ricky Gervais’ Golden Globes performance predicates any talk of the British comedian hosting anything that involves lots of celebrities in one room. But given the recent statements from The Office creator, in which he says it would be a “thrill” to host The Oscars 2014, why don’t we just reconsider his credentials.

So he offended loads of people with some jokes, so what? What else do you want from a host? Did Seth Macfarlane’s all-singing, all-dancing performance at last year’s Oscars really inspire a new style of presenting? We don’t think it did. Gervais has proved he’s amongst the funniest there is with The Office, Extras, his work with Karl Pilkington and Derek, and, quite frankly, his dry, deadpan style is translating to America recently, especially with the success of Girls creator Lena Dunham and comedian Louis C.K.

And if it is, then they can shut up. "We have to be able to poke fun at society without favouring any part of it because we are beholden to someone,” adds Gervais."And it's a fine line between feeling like you've sold your soul and feeling like you're ruining someone's party. It would be very tempting though, I must admit." We saw your boobs. Just think about that: we saw your boobs. Gervais for Oscars 2014 – you didn’t hear it hear first. This guy WILL offend people, and that's funny