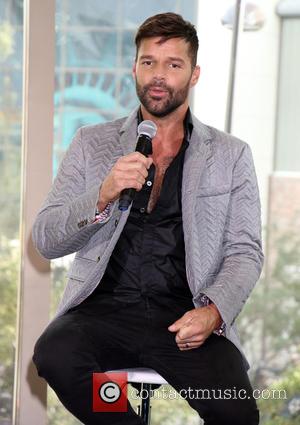 The Livin' La Vida Loca star admits scenes of Travolta in his underwear, as Tony Manero, first made him realise he wasn't necessarily 'into' women.

During an appearance on Wednesday's (22Feb17) Watch What Happens Live, Ricky was asked by a caller when he first realised he might be gay, prompting the singer to recall Travolta in black underwear.

"I still remember," he smiled. "I don’t watch this movie (anymore).

"I saw that movie back then eight times, and I didn’t know why."

Asked by Cohen if he'd ever told Travolta, Martin added, "I'm sure we've met, but no, I never told him, 'You’re my first crush!'"