Ricky Martin Has Pulled His Upcoming Charity Golf Tournament From One Of Donald Trump's Resorts In Puerto Rico Following Controversial Remarks The Republican Made About Mexicans In America During His Recent U.s. Presidential Campaign Launch. 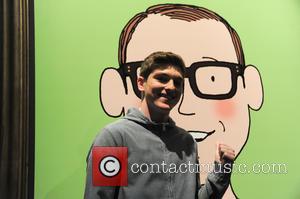 The Livin' La Vida Loca hitmaker was among the Latin stars outraged by Trump's disparaging comments, in which he alleged many Mexicans who have settled in the U.S. are "rapists" who bring drugs and crime to America.

Martin blasted Trump on Twitter.com, writing in Spanish, "There's much hatred and ignorance in your heart @realDonaldTrump", and now the pop superstar has cut all business ties to the property tycoon by moving his seventh Annual Ricky Martin Foundation Golf Tournament, set for 21 August (15), from the Trump International Golf Club to the Wyndham Grand, Rio Mar Beach Resort.

Helga Garcia, a representative for the singer, reveals the decision is an act of "solidarity for basic human rights and in support of the Latin-American community".

It's the latest setback for Trump after network bosses at Univision, Televisa and NBC dropped coverage of his beauty pageants in response to his ill-advised remarks. Roselyn Sanchez, J Balvin and Cristian de la Fuente have also pulled out of appearances at the upcoming Miss USA contest.

Ricky Martin had skin struggles as a teen