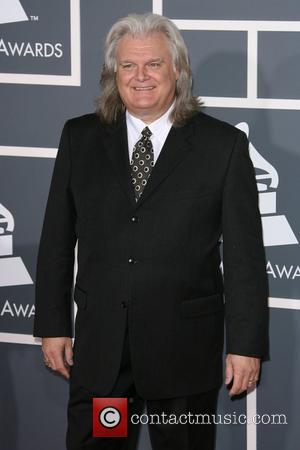 The odd couple came together in the studio to record the track Soldier's Son, which will feature on banjo player Skaggs' new album, Music To My Ears.

And the Country Boy hitmaker reveals Gibb wrote the track with him in mind.

He tells Billboard.com, "He recorded a song and sent it to me as a demo to see if I wanted to record it. I told him I was going to be doing a new bluegrass record soon, and would he think about coming in and recording it with me.