Ridley Scott Confirms 'Prometheus 2,' But It's 'Exodus' That Is 'F*cking Huge'

Ridley Scott has confirmed 'Prometheus 2,' but it's not the only project he's got on the cards. 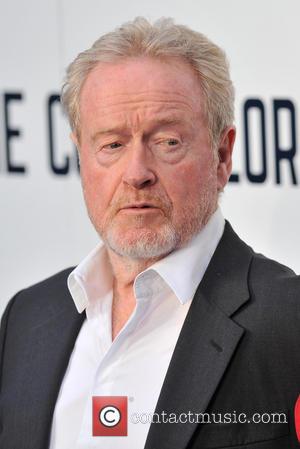 Ridley Scott has confirmed that the sequel to his sci-fi epic Prometheus is written and could be released in 2014 or 2015. Scott is currently on the promotional trail for The Counselor - his drug-drama starring Michael Fassbender, Brad Pitt and Javier Bardem - though he's already looking to the future.

"Prometheus 2 is written," the director told Empire magazine this week, "I have already got the next two films ready to go. That will be 2014, 2015."

Prometheus, 2012, a sort of prequel to Scott's 1979 sci-fi classic Alien, focuses on the crew of a spaceship as it follows a star map discovered among artefacts of several ancient Earth cultures.

It garnered generally strong reviews from critics and was a colossal commercial success and grossed over $403 million from a budget of around $120 million.

"The movie may be a scare show that leaves many questions unanswered, but Scott's craft earns an exhausted kind of respect," said David Denby of the New Yorker.

As for his other movies?

"There is also this very well written piece, one of the last great science-fiction books called The Forever War [the bureaucracy and space battle masterpiece by Joe Haldeman] - we've finally got a very good draft of that for Fox," he adds. "I thought I'd left science-fiction for too long, that I had better climb back in. Prometheus was a great experience for me. Chasing number two, we can start evolving the grand idea."

The Counselor is out in the US right now and hits cinemas in the UK on November 15. Michael Fassbender Was Lauded For His Performance In 'Prometheus'