Ridley Scott To Begin Casting For 'Wool' In 2014

Director Ridley Scott is ready to begin casting for his new film - an adaptation of the Hugh Howey novel 'Wool'. 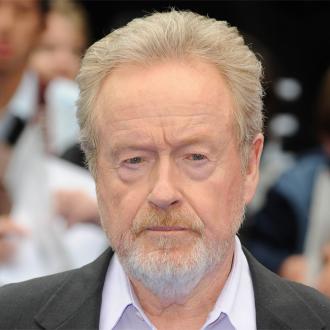 Sir Ridley Scott, the visionary director behind 'Alien' and 'Prometheus', is set to begin casting for his new film, 'Wool', in early 2014. 'Wool' is the director's adaptation of Hugh Howey's post-apocalyptic novels, hoping to have a cast assembled over the course of 2014. The novels were originally penned by a bookshop employee - Howey - and self-published on Amazon's Kindle for under 1 USD and consisting of around 60 pages.

A source discussed the casting news, saying that: ''Casting starts early next year and people are already saying this movie will be the blockbuster to end all blockbusters in 2015.'' The original novel shot to success and led to an expansion of the series. 'Wool' made its way to the top of the US bestseller chart, and Howey soon after sold the film rights to 20th Century Fox. According to Howey himself, the novel was inspired by Ridley Scott's own science fiction movies which he watched as a child and cement the perfect fit with the director.

Related: Ridley Scott Will Make 'Blade Runner 2' after 'The Martian'

Howey explained this by saying: ''I'm sure I was influenced growing up on 'Alien' and I'm sure Ripley [the character played by Sigourney Weaver] was in my mind when I wrote the character of Juliette [one of the main character's in 'Wool']. I'm sure the pacing of 'Wool' also harkens back to his older works where you can develop characters and tell the story rather than starting off with explosions.''