The Martian Director Ridley Scott Has Come Under Fire From Campaigners For Cutting Asian-american Characters From The Sci-fi Film. 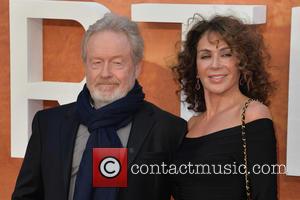 Activists of the Media Action Network for Asian Americans (MANAA) claim the moviemaker changed the race of a doctor featured in Andy Weir's 2014 novel.

Dr. Venkat Kapoor, who is of Southeast Asian descent in the book, has become Vincent in the film and is seen as a black character played by British actor Chiwetel Ejiofor.

"So few projects are written specifically with Asian-American characters in them," says MANAA founder Guy Aoki in a statement. "And he's now changed them to a white woman and black man...

"This was a great opportunity to give meaty roles to talented Asian American actors - and boost their careers - which would've enabled our community to become a greater part of the rescue team. This feel-good movie, which has attracted Oscar buzz, shouldn't get any awards for casting."

The Martian, which stars Matt Damon as a stranded astronaut fighting for survival on Mars, has proved a big hit since its release earlier this month (Oct15), topping the box office on both sides of the Atlantic.