Review of Loud Album by Rihanna

Multi-award winner and having sold over 60 million records worldwide, Rihanna has come far from her debut single S.O.S. Having stormed the world with huge classic tracks such as the annoyingly catchy Umbrella and the club favourite Don't Stop the Music, Rihanna now returns with her fifth studio album, Loud. However, after a turbulent year in her personal Life, Rihanna proves on this LP that she certainly hasn't lost her spark. 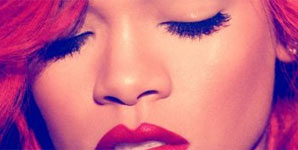 This album just screams commercial success. Tracks like Only Girl and What's My Name are already worldwide hits that smash into the psyche. What's my name, in particular, is a smooth, urban track with Caribbean influences that make you feel like you are strolling down the streets of Rihanna's homeland, Barbados. Ironically, Rihanna's Bajan twang is perfect here, which is perfectly complemented by Drake's charming vocals. Another track that is a sure winner is S&M, the rumoured third single off the LP. Kicking off the album in an appropriately 'loud' manner, this fast-paced club hit comes across as something that would be a product from either Lady Gaga or Britney Spears. The catchy-as-hell electronic riff and brilliantly produced rocky bridges also certainly add to the accolade. One would argue that the track only falls short by the quite repetitive chorus and the autotuned vocals that can sometimes be a bit grating; but S&M overall is a triumph in music production.

There are obvious signs of experimentation on this record. Whilst tracks like Only Girl resemble the European dance circuit, Rihanna also transgresses into rock and alternative genres this time round. Cheers is an anthemic track, that whilst retaining an urban groove, is quite rocky; it certainly sounding like a mash-up between Avril Lavigne and Pink. Sadly however, this exemplifies that an artist should really stick to what they do best. The track is one of the worst on the LP and the annoying drunken crowd pulsating through the track, whilst sounding original, does lower the value of the song. Similarly, Man Down is a haunting, and yet delightfully intriguing, addition with a genius 'rom pom pom pom' refrain. As Rihanna confesses 'Mama, I just shot a man down', this dark track sounds like it would have appeared on her last LP, Rated R.

Taking a seat back from the thumping club classics, tracks like California King Bed and Complicated are both emotional singles that reveal Rihanna's surprisingly brilliant vocals. Whilst California King Bed is stripped down to the acoustic and it harbours a great guitar solo, it would be a travesty if Complicated was not chosen as another single from this LP. Furthermore, the album finishes off with the sequel to Rihanna and Eminem's global smash, Love the Way you Lie. Whilst the verses are beautifully melancholic, and the track is so superbly produced, it all seems a bit unnecessary when the chorus echoes back into our subconscious. An altered chorus to the original would have made a whole world of a difference. However, what these tracks prove is the fact that Rihanna is not just a goddess of club hits; she possesses an honest depth of emotion that is appealing to see.

Whilst the track listing is quite short, and the album is certainly not helped by the few filler tracks it possesses, Loud is still a great addition to Rihanna's back-catalogue. The album itself becomes a juxtaposition of the hit-and-miss with the captivating; the result being a decent result of pure pop bliss and RnB hits. With her success become ever more apparent, 2011 looks to be Rihanna's year, again. We are truly honest when we advise you to pump up this album, loud.