Just what is going on with Rihanna and Chris Brown? 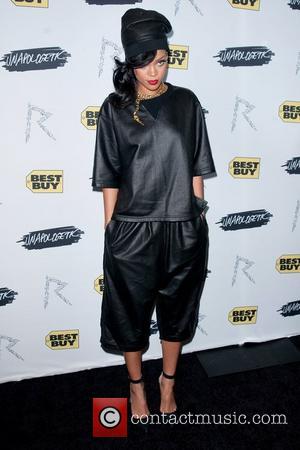 He pleaded guilty to physically abusing her; there was a public break up, hatred from the press and fans alike, but in the last few months, Rihanna and Brown have been seen together numerous times, and now, fresh from her 777 tour, Ri Ri was supposedly seen watching on as Brown performed in Berlin. In the early hours of Thursday the star took to Twitter to let a special someone know she was on her way to see him, she wrote: "All alone in my big ole jet!!! See u soon lover," before posting,  "#Berlin #CarpeDiem." Rihanna claimed to still be in love with him, telling Oprah on her show, "It's awkward because I still love him. My stomach drops, and I have to maintain this poker face and not let it get to the outer part of me," according to Entertainment Weekly. But she's also totally denied the rumours that they're back together. Go figure. Perhaps she likes the bad boys.

Chris Brown's actions all those years ago, when he was convicted for his physical abuse, still haunt him today, as women's rights protesters managed to scare him away from performing in South Africa.