Pop Star Rihanna Is Determined To Forge Ahead With Her Movie Career Even Though She Is Terrified Of Acting. 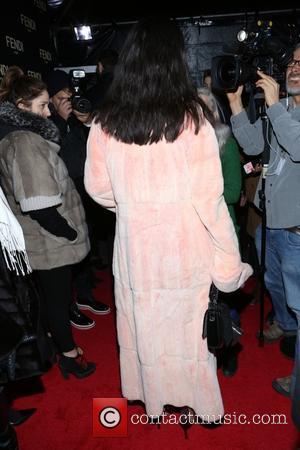 The Rude Boy hitmaker made her move into Hollywood in board game-based blockbuster Battleship in 2012, and she went on to land cameos in This Is The End and Annie, as well as voicing the lead part in new animated movie Home.

Rihanna admits movie work is daunting, but she has no plans to quit.

Speaking on U.K. chat show Lorraine, she says, "As a musician I feel a lot more confident in that, acting is just so new. I have so much respect for actors and it definitely is very intimidating to be amongst them and it's scary, acting is scary. Even when I was doing (Home) I felt like there is so much to learn. Your voice can really dictate a lot. I think as long as I work at it I don't see why I wouldn't do film. I've had very fun experiences so far."