Rihanna and Chris Martin are worried about Jay Z whose marriage to Beyonce is rumoured to be on the rocks. 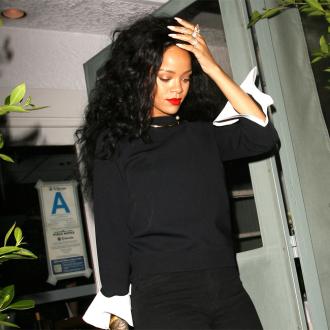 Rihanna and Chris Martin are worried about Jay Z.

The singers met up for dinner last week, sparking speculation of a romance between the pair but insiders insist they wanted to talk about their pal, who has distanced himself from his friends following rumours his marriage to Beyonce is on the rocks and allegations he has been unfaithful to his wife.

A source told the UK's Grazia magazine: ''Rihanna and Chris met up because they are worried about Jay.

Apparently he hasn't been in touch lately, ever since his marriage problems surfaced.''

The Coldplay frontman is particularly keen to offer support to his friends following the demise of his own marriage to Gwyneth Paltrow earlier this year, although he said to be still living with his estranged wife and the couple's children Apple, nine, and Moses, eight.

The source added: ''Jay is such a big part of their lives and they want him to know they are there for him. Especially given what Chris has been through. He seems keen to offer any help he can.''