Oh, So Rihanna and Katy Perry Are Best Buddies Again

Rihanna and Katy Perry will apparently reunite at the Barclays Center in May. 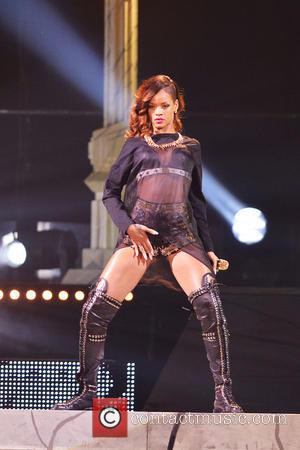 Remember when Rihanna and Katy Perry were the best of friends, and then.they just wasn't anymore? Yeah, that was weird, but don't fear because they're apparently BFF's once again despite Rhi-Rhi failing to invite her pal to Saturday's strip club antics in Miami. In fact, the lack of invite appears to have gotten the pair talking again.

It all started when Rihanna posted snaps of her late-night fun on Instagram, with Perry commenting, "Ermm.I was in LA Saturday night. Should I be proud or offended I wasn't invited @rihanna #WHOISTHISDOPPLEGANGER." Of course, Rihanna set Perry straight, telling her she wasn't actually in Los Angeles. "@katyperry errm I wasn't! Lol! #miaminights howeverrrrr....I'll still let you spank me!"

Naturally, the pair made a date to see each other, "Don't worry @rihanna I'll make it up to you at Barclays..Or more like let you make it up to me... Hehehe @rihanna". In case you hadn't figured it out yet, Rihanna is playing a show at the Barclays Center in Brooklyn in May for the Diamonds World Tour, and it looks as though Katy Perry's turning up.

The pair apparently cooled their relationship after Rihanna got back with her abusive ex-boyfriend Chris Brown. "I think she is doing fine. I don't know. Her personal life has probably already been blown out of proportion. I don't really have to go into that. I'm sure she probably want's a break," Perry said recently of her pal.