Rihanna is reportedly falling in love with Leonardo Dicaprio and can ''see a future'' with 'The Wolf of Wall Street' star. 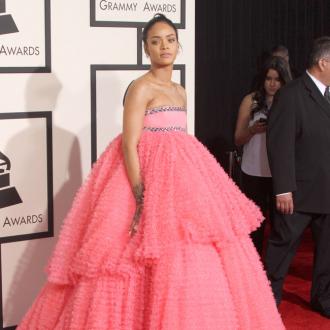 Rihanna is falling in love with Leonardo Dicaprio.

The 27-year-old singer reportedly started casually hooking up with the 40-year-old actor after he split from German model Toni Garrn, 22, last year, but their low-key romance is starting to get more serious.

A source said: ''She's falling head over heels for him. She isn't used to feeling like this. She just likes to casually hook up, but Leo is different because she can see a future together.

''She wants him to spend time with her family and get their approval.''

But whilst 'The Wolf of Wall Street' star threw the 'Stay' hitmaker a birthday party recently, he is in no rush to settle down.

The insider told InTouch magazine: ''Leonardo adores Rihanna. He loves that she's fun and wild, but he is in no way ready to settle down.

''I could really see Rihanna getting her heart broken.''

The duo were first spotted partying at a villa in Los Angeles in May 2009 and were also seen flirting at the Coachella Valley Music & Arts Festival in Indio, California in 2011.

An insider also told Us Weekly magazine: ''They've rocked in the same room a lot. Leo's had her to his house for get-togethers.

''Rihanna is sexy, and they have a connection. She's the kind of girl to keep you on your toes - smart and a little unpredictable.''