Rihanna topped the list of the fastest-growing pages and most shared media of the year on Facebook. 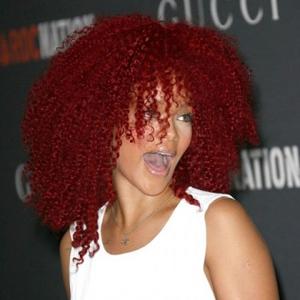 Rihanna was the "most liked' celebrity on Facebook in 2011.

The 'We Found Love' singer beat musical artists including Bob Marley and Avril Lavigne, who placed second and third respectively, in the list of the fastest-growing pages and most shared media of the year.

Rihanna has 47,788,147 fans on Facebook, over two million more than Lady GaGa, seven million ahead of animated TV show 'Family Guy' and surprisingly - considering he has over 15 million followers on twitter - 10 million more likes than Justin Bieber.

It is not only Rihanna's Facebook page which was popular on the social networking website, her 'We Found Love' single featuring Calvin Harris was the most listened to song of the year, beating singles from stars including Katy Perry, LMFAO, David Guetta and Adele.

Meanwhile, the pop beauty has revealed she can't wait to get another Tattoo.

The singer already has a 13 inkings including a music note tattoo on her ankle, a Pisces sign behind her right ear, a Sanskrit prayer going down her hip, a star in her left ear, the word love on her left middle finger and an Arabic phrase meaning "Freedom in Christ" on her ribcage area but now wants a new one on her "ass".