Rihanna is set to star in Ocean's Eight

Rihanna is set to star in 'Ocean's Eight' alongside Anne Hathaway, Cate Blanchett and Sandra Bullock in the spin-off of the popular crime thriller starring George Clooney. 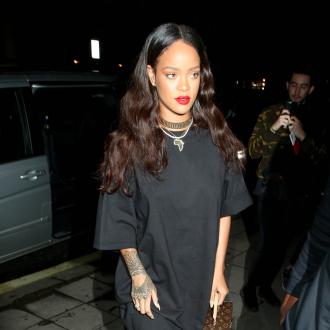 Rihanna is set to star in 'Ocean's Eight'.

Sandra Bullock and Cate Blanchett in the upcoming sequel to the crime thriller movie, which is a spin-off of 'Ocean's Eleven', which starred Brad Pitt and George Clooney, according to Deadline.

The forthcoming film, which will be directed by Gary Ross, will begin shooting scenes in New York, America, in October this year, although the production team are still waiting for other cast members to join the team, including 'Hunger Games' actress Elizabeth Banks who is allegedly in line to join the all-female cast.

It has been reported the upcoming movie may see cameo appearances from the 2000s trilogy.

Although the plot has been kept under wraps, it is rumoured the film will see the girl gang undergo a heist at the Met Gala.

'Ocean's Eight' will be produced by director Steven Soderbergh, and the creative team have promised the movie will be an ''extension and a continuation'' of the Clooney-led trilogy.

Ross said: ''You know, Steven Soderbergh and I are incredibly close friends, and we would not have done this if we weren't.

''I don't think he would've wanted anyone to do it if we weren't. This is very much an extension and a continuation. He's a producer on the movie.''