Rihanna Pulls Out Of Rock In Rio

Rihanna pulled out of her planned performance at The Rock in Rio festival in Madrid, Spain following the death of her grandmother. 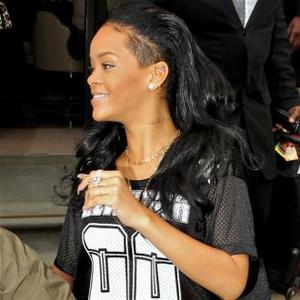 Rihanna has pulled out of The Rock In Rio festival.

The 'We Found Love' hitmaker was due to perform at the event in Madrid, Spain on Thursday (05.07.12) but cancelled her headline appearance following the death of her beloved grandmother, Clara 'Dolly' Braithwaite, at the weekend.

Organisers of the festival have confirmed they are trying to book a replacement for the grieving star but are also offering fans refunds.

Her performance at this weekend's Wireless Festival in London's Hyde Park is still scheduled to go ahead.

Following the death of her grandmother, Rihanna - who went ahead with a performance in Sweden after hearing the news - paid tribute to her relative on twitter.

The 'Where Have You Been' hitmaker then posted a series of pictures of her grandmother and herself on the site.

One image showed 'Dolly' wearing a baseball cap, while another, a black and white photo, revealed a touching scene of the pop superstar holding her relative's hands.

Rihanna knew her grandmother was nearing the end of her life and repeatedly jetted back and forth to New York so she could spend time with her.