Rihanna has confessed to buying clothes she doesn't think she'll ever wear and challenging herself to style them into an interesting outfit. 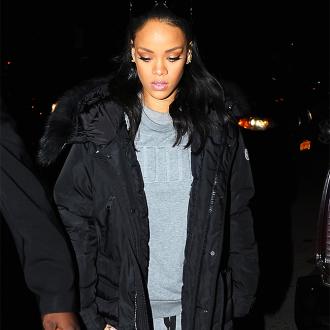 The 27-year-old singer loves to ''challenge'' herself with fashion by buying ''weird'' garments and coming up with interesting and creative ways to style them.

She told Grazia magazine: ''I love taking a challenge. I tend to buy things that are weird and I think, 'I would never wear this'.

''I buy those things because the challenge is figuring out how to wear them.''

The 'We Found Love' hitmaker loves to express herself with her fashion choices and enjoys being ''free and fearless'' with her wardrobe.

She added: ''I feel fashion is another way to tell people who you are.

''It's another way to tell people who you feel, without saying a word.

''You can tell a lot about a person by their style. My style is very free. It's fearless, it's spontaneous and it's risky. It's daring.''

Last week, Rihanna was unveiled as the new face of Dior.

The 'Rude Boy' hitmaker will star in the label's upcoming Secret Garden campaign, which is entitled 'Secret Service', and has been shot in both print and on film by photographer Steven Klein at the Palace of Versailles.

The advert will be the fourth video released by the brand as part of their Secret Garden campaign.

The three previous installments have all featured models, including Daria Strokus, Melissa Stasiuk and Xiao Wen Ju, walking through the palace's decorative gardens, situated on the outskirts of Paris.