Rihanna's Perfume Will Show Her Personality

Rihanna's first perfume, Reb'l Fleur is ''not a shrinking violet kind of fragrance'' but will reflect her strong personality. 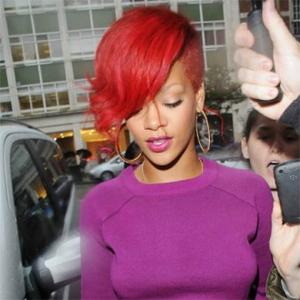 The 'Only Girl (In The World)' singer's debut fragrance - Reb'l Fleur - will be befitting of her independent character and designers behind the fragrance say she has been more hands on than most in coming up with the perfect scent.

Kathleen Galvin, vice president of marketing and advertising at Parlux, which has developed the perfume with the star, told WWD: "This is not a shrinking violet kind of fragrance."

The title of the scent is a reference to a nickname Rihanna's grandmother gave her when she was growing up in Barbados, and she has also had it tattooed on her.

Rihanna, 22, has long been known to mix different existing perfumes to create her own signature scent and said she wanted her own perfume to reflect the her Roots in Barbados as well as her life in New York and Los Angeles.

She has described what she wanted to create as: "like high heels with a short, flirty dress."

Chief executive officer Fred Purches of Parlux reportedly targeted Rihanna after deciding The Company should expand their offering of celebrity fragrances, which so far includes Paris Hilton and Jessica Simpson.

The fragrance will debut in US stores on January 25, and it is hoped it will be introduced to international markets within three months.