Romantic Valentines Gift for Rihanna? A Bouquet of Weed, from Chris Brown? 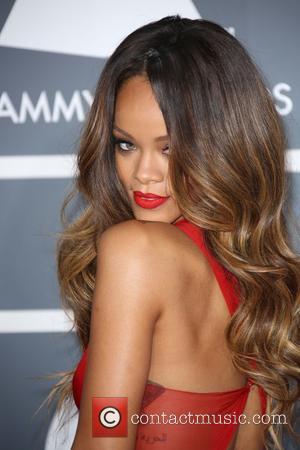 Singer Rihanna enraged many of her fans yesterday posting a photo of a large marijuana plant with the caption "Roses are green. Somebody knows how to make me happy." on Instagram. While plenty of people were annoyed, there were plenty more speculating as to who gave Rihanna the thoughtful gift. Lately it seems she's not been on the best of terms with on-again boyfriend Chris Brown. With a world full of admirers its anyone's guess who gave Rhi-rhi the 'green roses'.

Furthermore, this isn't the first time Rihanna has exposed via either Twitter or Instagram that she smokes marijuana- there are plenty of photos of her smoking what appears to be a blunt across the web. As well as the 'green roses' photo, she also added another with the text 'Mary Jane will be my Valentine', with the caption "Love me... I'm #DOPE".

According to the Sun, she also said "Happy Valentines Day. Today the day fa lovin not hatin so to cats like you and I it's just another day..." Despite her positive outlook on the day-of-love, Rihanna didn't spend it with her beau Chris Brown. In fact, as reports state, she's been avoiding Chris Brown! Instead, she rocked up to an Usher concert in LA, looking utterly stunning in an orange dress and large black coat.

Breezy was pretty positive about the whole day too, and in distinct contrast to the way feminists view him, chose to use the day to celebrate women via twitter:

CB:HAPPY VALENTINES DAY to all the beautiful women in the world. Our Queens..... Our mothers, sisters, and daughters. I love you.