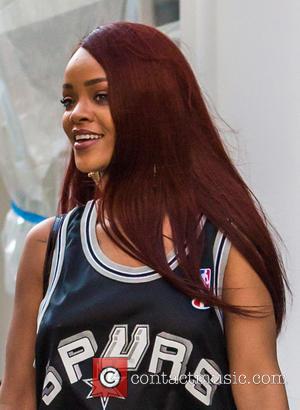 Picture: Barbadian pop star Rihanna was spotted out and about wearing a San Antonio Spurs basketball jersey while she was doing some shopping on SoHo with...

The Goldfinger singer was dismayed by the barely-there gowns sported by many female stars at the Met Gala in New York earlier this month (May15), and she is urging them to focus on their voice and music rather than how they dress.

According to British newspaper The Sun, she said, "It's like they're all in competition with each other for who can wear the skimpiest outfit. I mean, come on! When I saw the Met Ball the other night - and Beyonce's gown - I was like, 'Excuse me?'"

She adds, "In my day it was for the stage only, you didn't go out looking like that... I think you have to leave some things to the imagination.

"Yes my gowns were sexy with a cut-out and a slit here, but I didn't show everything. These girls are talented singers they don't need that but they feel they do. That's the sad thing about it. Go in the studio and sing your heart out, get a vocal coach and strengthen your vocal cords."