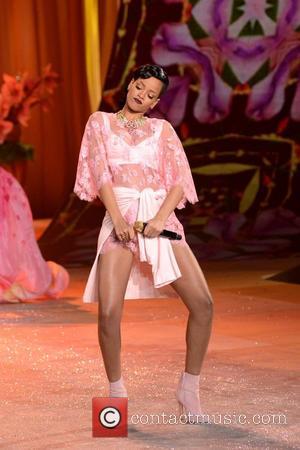 Rihanna’s UK tour dates for 2013 have been announced. The global pop superstar is about to release a new album, entitled Unapologetic and will embark on a UK tour in June, starting at the Cardiff Millenium Stadium and ending at Sunderland’s Stadium of Light.

Unapologetic is released on November 19, 2012 and to celebrate its release, Rhi-Rhi is embarking on a special tour of seven countries in seven days. She’ll travel on a special plane for the shows, NME reports, and will be visiting Mexico City today (November 14, 2012), Toronto, Stockholm, Paris, Berlin, London and New York. She’s named the tour The 777 Tour and she’ll be accompanied by members of her fan club, as well as international press representatives.

This is the seventh full-length album release from Rihanna and will feature her number one single ‘Diamonds.’ Last week, she announced that she’ll also be releasing a £155 deluxe box-set of the album, which will feature a vinyl remix album, a fan poster, a t-shirt and a personal note written to her fans.

When the singer posted a photo of the tracklisting on her Twitter page recently, some of her supporters were surprised to see that there was a duet with Chris Brown on there, entitled - no doubt with a wry smile and a nod and a wink – ‘Nobodies Business.’ With the world’s media salivating over the possibility of the two of them getting back together, after Brown’s assault on Rihanna in 2009, Rihanna is certainly choosing her song titles (and, indeed her album title) wisely, to keep people guessing. She’s cunning, that one.

Those UK tour dates in full:

Watch the video for 'Diamonds'