Rihanna Is Coming To Roskilde Festival 2013 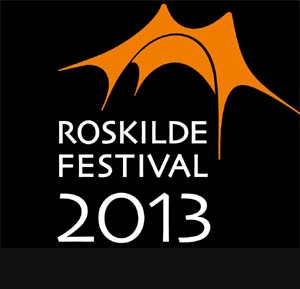 Rihanna Is Coming To Roskilde Festival 2013

The talented superstar will deliver a sumptuous pop party.

With today's big announcement we add a poppy queen of hearts to a lineup that is already rich on great acts.

"I think it's time to have a gigantic pop party," says music director Rikke Øxner.

"I'm beyond convinced that this experienced entertainer can deliver a top-notch live show, inviting everyone to dance and sing along."

Rihanna (BB) has become one of today's biggest stars in R&B, pop and hiphop. The Caribbean superstar's debut at Roskilde Festival will be another spectacular party under the Nordic summer sky. Rihanna's talent, charisma, dance moves and long line of hits dominate a show filled with glamour, sex appeal and inescapable choruses.

Rihanna has just released Unapologetic, her seventh album in just as many years. The first single from the album, "Diamonds", has been a no. 1 in 27 countries and is one of her very biggest hits so far. With 37 million sold albums, Rihanna is a major headliner from the poppy end of the genre scale.

Earlier in the still young festival season we have announced more rock-oriented bands for Roskilde Festival 2013, for instance Queens of the Stone Age, Slipknot and Volbeat.