Jenny Lewis sounds positively life affirming when she declares "It'll Get You There" on new Rilo Kiley compilation Rkives. The irony is of course that the band is dead and this record is an affectionate post mortem of their lesser-known efforts. But while the body of the band may be in the morgue with a tag on its toe, as Blake Sennett once joked. I'm pleased to report the soul of Rilo Kiley is alive and well on Rkives. 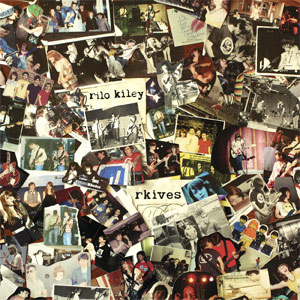 While it's a collection of material that's taken three years to emerge from the archives, there's a surprising thematic unity to many of the tracks. Far from being a mish-mash of b-sides and aborted ideas Rkives presents a band dealing with a mid life crisis that loosely hints at the subsequent break-up. It's more impressive that there's a cohesion to the record when you realise these 17 songs have been cherry picked from a career spanning 13 years.

The centrepiece to the record, 'A Town Called Luckey', crystallises the overarching sentiment. In the midst of its shimmering guitars, Lewis dissects the landmark thirtieth birthday of the protagonist. "You're halfway to 60. You have no land of your own. A job you despise and a lover that's mean." The bittersweet musings are echoed elsewhere with 'Bury Bury Bury Another' pining for simpler times, and 'Patiently' defiantly declaring "I'm not dead yet". Of course all of the kitchen sink dramas of break-ups ('Well You Left') and even a shade of domestic abuse ('All The Drugs') are to be found here. But they're presented in a reflective and knowing way that informs a mood of re-evaluating your place in the world. 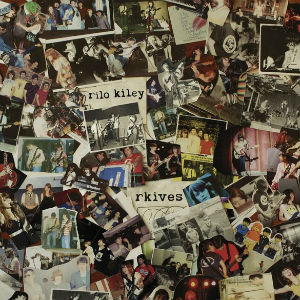